Telenet Giants Antwerp against Liège through the big gate to the Belgian Cup final: “We were on a mission”

Telenet Giants Antwerp qualified, under the approving eye of Antwerp mayor Bart De Wever, through the large gate for the final of the Belgian Cup. With no less than 17 bombs, it wiped out the 72-59 defeat in the first leg of the semi-final of the Belgian Cup and triumphed 91-60 against Liège. In the final, the eighth in 23 years for the Sinjoren, awaits on March 12 in Forest National Ostend. “We were on a mission and fulfilled it with great bravura,” said star Jean-Marc Mwema.

“The first shots fell and that always gives me an incredible kick. We were alert from the first second and after Sunday’s poor first leg. That gave energy and made this qualification possible. You know, you don’t get the chance to play a final every season. Our squad got that message perfectly,” said Spencer Butterfield. With his energy, the American was the driving force behind the win and therefore qualification for the Giants.

In an atmospheric Lotto Arena filled with 3,000 spectators, Liège took a confident start via Nick Dragan and immediately took control with three points: 6-10. Fortunately for the Giants, Jean-Marc Mwema and Spencer Butterfield were also at the cannon. The Sinjoren reacted wittily and took over the initiative after 11-11, with also Reggie Upshaw. From 15-11 it went with many three-pointers to 21-20 and with bombs from Desonta Bradford to a 30-20 Antwerp bonus after the first quarter.

Telenet Giants Antwerp was on fire, was also very sharp in defense and tackled the static Liège defense with a great acceleration. Fueled by dominance in the rebound and especially with this time an amazing shot selection, it quickly went after 35-20 to a 34-20 bonus and 43-20 lead. After a nice fast-breaks and a beautiful lay-up, Reggie Upshaw was wrongly fouled by the referee. Captain Jean-Marc Mwema and his teammates kept their “cool” and despite resistance from a handsome Bram Bogaerts, the Giants went to the dressing room with 11 of 20 collective three-pointers in the first half with a 52-31 score.

The Lotto Arena was ready for a sparkling second half and Telenet Giants Antwerp did not let its fans down. Liège tried to make a fist but fell short in all areas. Desonta Butterfield, Robby Rogiers, Thijs De Ridder and Reggie Upshaw were at the appointment, Brandon Anderson, Seppe D’Espallier and Quinten Smout did their part and thus supported Jean-Marc Mwema and Spencer Butterfield. After 64-40, 75-46 and 82-58 it went to a blistering 91-60 victory. “I am proud of my entire selection. Yes, I made some substitutions in the base five. But those who were not allowed to start today replied to the prosecutor’s office. I want to see that,” said a proud coach Ivica Skelin.

On March 12, Telenet Giants Antwerp will be looking for a fifth cup triumph in Vorst Nationaal, the third in five years, in club history. Liège awaits again on Saturday in the BNXT League. With a seventh consecutive victory, a final place in the Elite Gold (top-5) is a fact. Telenet Giants Antwerp-Liège 91-60

“Simon Mignolet is a goalkeeper without perfume, but always with one goal: to keep everything clean” 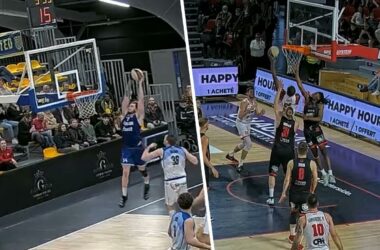 28 points from Ferdinand Zylka are not enough for Circus Brussels: “I don’t think we can blame the newcomers”