Club Brugge chairman Bart Verhaeghe is proud of Mignolet: “Simon thinks beyond the issues of the day”

For the fifth time in seven years, the Golden Shoe goes to a Club Brugge player. Something that chairman Bart Verhaeghe is proud of.

“I am grateful and honored. Simon deserves that, he enforced it himself. Not only was he the best football player, this is also a token of recognition for his career from Belgium”, says chairman Verhaeghe. “We won three titles in a row with him. This is a good signal to players that you won’t win individual prizes until you win prizes as a team. He was one of the strongholds in those titles. But he’s also a beautiful person. Someone who stands with both feet on the ground and carries our DNA. You can have good conversations with him that go beyond the issues of the day. Sometimes he also has a difficult moment, like now, but I’m not worried about that. This award will do him good. The tension is now gone. He can now calm down again. He is quite a gentleman, which is why we have also extended his contract for five years.”

Verhaeghe does not mind that offers will also come his way. “That will happen. But Club Brugge is today thirtieth in the European ranking. Everyone knows Club Brugge, everyone likes to play for Club Brugge. That also means that you can keep players and offer an interesting story. The fact that he signed up for the long term means that he sees his future with us.”

Van Mignolet, who will soon be 35, is sometimes suggested that he would be suitable for a management position after his career. “So much is said in football about what someone can do after their career. Which is very clear: running the métier of a club is a completely different profession than being on the field. You need other training for that. If you are willing to go through that and learn that, then you can mean something in that. But that’s a very different life than being on the field. That’s like becoming a trainer is also a profession. Anyone who goes too fast in this is usually not good.” (kvu)

Union Berlin took second place in the Bundesliga, Frankfurt and Freiburg leave it behind 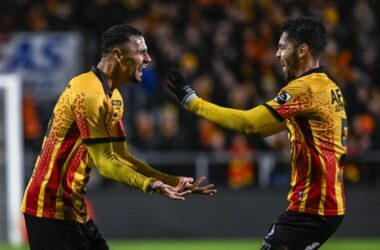 © REUTERS Borussia Dortmund cannot yet call on Thomas Meunier in the league match against Mainz on Wednesday,…
Read More

Anderlecht fans demand the resignation of chairman Wouter Vandenhaute: “You have knocked an extra nail into the coffin of our club”

In a joint statement, several supporters associations of RSC Anderlecht have asked for the resignation of chairman Wouter…
Read More