PSV in crisis after defeat against relegation candidate Emmen, Bakayoko gets a chance, but is not convincing

Happy New Year they say. PSV could only win one of its five league matches in 2023 and now suffered a defeat against FC Emmen, only fifteenth in the Eredivisie.

Because because Luuk de Jong had sustained a head injury, our compatriot Johan Bakayoko was back in the starting line-up for the first time since September from trainer Ruud van Nistelrooy, but the young winger did not make a good turn.

Emmen could play football far too comfortably and took the lead after 24 minutes via Lucas Bernadou.

PSV had chances through Xavi Simons and Bakayoko, but PSV took a second blow in the first half. Mauro Junior, who made his comeback in the base after months of injury, was sent off for a stupid and scandalous foul on Rui Mendes. Mendes had to be evacuated.

Bakayoko was replaced in the 45th minute, just after the red card for Mauro Junior. Yorbe Vertessen was allowed to show up in the 89th minute. Defender Mohamed Bouchouari completed the ninety minutes for Emmen.

PSV was no longer able to really threaten goalkeeper Mickey van der Hart. The people of Eindhoven are third in the Eredivisie after Feyenoord and AZ, but have played a match more than the competition and can fall back considerably in the position.

Mike Tyson accused of rape: ‘He kept attacking me’

PSV coach Van Nistelrooij after defeat against Emmen: ‘We are in heavy weather’ 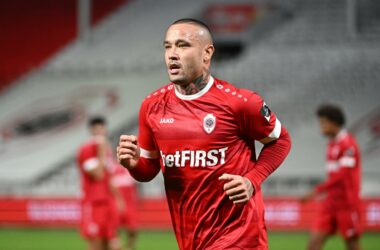 Radja Nainggolan says goodbye to Antwerp without repeating: “It’s a shame it has to end like this”

Radja Nainggolan has responded for the first time after his forced departure from Antwerp. The 34-year-old former Red…
Read More