Atlético-MG vs Grêmio LIVE: See where to watch it on TV | FuteMax

Atlético-MG and Grêmio face off, in this Wednesday (3), at 21h00 (Brasilia time), in Mineirão – Belo Horizonte, MG, in a delayed match for the 19th round of the Brazilian championship. The match will be broadcast live on SPORTV (except for MG) and PREMIERE, on closed TV.

Teams enter the field this Wednesday (3), for the 19th round of the Brasileirão; see how to follow live on TV and on the internet.

Leader of the Brazilian, Atlético-MG is coming from a defeat to Flamengo at the weekend, but arrives motivated for the confrontation against Grêmio. If they win, they reach 62 points, 12 away from Rubro-Negro, who let their victory against Athletico-PR escape on Tuesday. Galo, even before closing the 1st round on Wednesday, has already secured the best campaign in the first half of the tournament.

Grêmio is second from bottom, with 26 points, and is urgently looking for a reaction to stay in Serie A. The team has two consecutive defeats and will present changes in the lineup to try to improve their performance and achieve better results.

Atlético-MG x Grêmio: where to watch, lineup, schedule and the latest news, follow it minute by minute in real time.

Where to Watch Atlético-MG vs Grêmio on TV today?

SportTV (except for MG) and Premiere (for all of Brazil), with narration of Rogério Corrêa and comments by Henrique Fernandes, Paulo Nunes and Janette Mara Arcanjo.

What are Premiere channels?

WHAT A ROCKET! Matheus Oliveira tries it from outside the area and sends a bomb, César spreads it out; watch the move

Benzema is back! French striker leads Real Madrid to victory over Shaktar Donetsk

Brasileirão 2022 LIVE: See where to watch it on TV and Online

Brasileirão 2022: when does it start, where to watch, who are the participants and what are the regulations?…
Read More

Feyenoord halts project of new stadium, city council not happy at all

A lot has been said and written about a new Feyenoord stadium in recent years. Every time it…
Read More 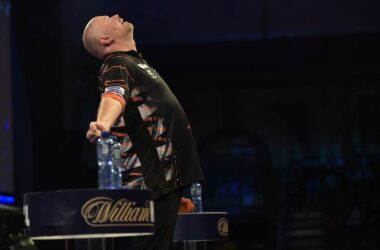 Dutch darts fans visiting the World Cup in London will have a meeting place in the city. Café…
Read More