Our national volleyball men failed to surprise world champions Poland at home. Poland sent the Red Dragons home in three sets (25-18, 26-24 & 25-16). Belgium will have to fight against Ukraine on Tuesday to qualify for the next round.

It was a special match for Vital Heynen: the 52-year-old Belgian is the national coach of Poland, but he eagerly sang the Brabançonne along. After the national anthems, it was time for the real work: Belgium started its crucial diptych against Poland on Monday evening, Ukraine will also follow on Tuesday. At least one of the two matches had to be won to finish in the top 4 and thus advance to the next round of the European Championship.

Against host country and world champion Poland, the Red Dragons could only hope for a serious stunt. That stunt immediately became a lot more difficult, because Poland took the first set (25-18) without too many problems.

However, the Red Dragons weren’t going to let themselves be put aside just like that. In the second set they raised the level, so that the national volleyball men even had a 15-18 lead. Still, Poland fought back to 18-18, and nervousness increased among the Belgians. Twice a point was given away stupidly on own service, in the end they turned out to be crucial: despite the set ball at 23-24, the set went to the world champion after a nail-biting set (26-24).

However, Belgium did not give up. In the third set, the Dragons were able to keep pace for a long time, but in the end there was little that could be done about the Polish force majeure: 25-16.

Because of the defeat, Belgium has to beat Ukraine if it still wants to have a chance at the next round. The game is scheduled for tomorrow/Tuesday at 8:30 PM.

See how to watch Ceará vs São Paulo live and online, for the Copa Sudamericana

PUBLICITY São Paulo’s squad surprised me, mainly, because of Pablo Maia’s starting position. Volante did not do well…
Read More 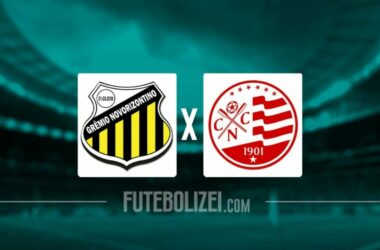 Where to watch Novorizontino vs Náutico live and lineups

RIVER PLATE X TALLERES FUTEMAX LIVE: See where to watch it on TV and ONLINE

River Plate e Talleres, face each other, in this Saturday (24), at 19h00 (Brasilia time), on Feliciano Gambarte…
Read More