Number two in the world Daniil Medvedev successfully passed his first hurdle at the Olympic tennis tournament on Saturday. The Russian defeated Kazak Alexander Bublik (ATP 40) in Tokyo in the first round after one hour and 41 minutes of tennis in two sets (6-4 and 7-6 (10/8)). Afterwards he complained about the heat and suggested the organizers to start the tennis matches later.

“I think it is better not to start the matches until 6 pm (11 am Belgian time, ed.)”, explained Medvedev. “Then the heat is less intense. I have not often played in worse conditions than today.” His match started on Saturday just after noon in Japan in a temperature of 32 degrees.

“We knew beforehand that the tennis matches would start early here,” Medvedev continued. “I don’t think the organizers will change that in the middle of the tournament, but I’ll give it that. It can be helpful.”

Afterwards he put his words into perspective a bit. “Where I live in Cannes, it can also be very hot in the summer. We have no choice, we have to play. We’re here at the Olympics to get a medal, not to complain about the heat. But it was very tough for the two of us today.”

Medvedev will meet Indian Sumit Nagal (ATP 160) in the second round.

Belgian 3×3 basketball players start with stunt victory against Latvia, but then go down against host country Japan

Philadelphia wins squatter against Brooklyn, Doncic gives Dallas the victory with spectacular shot ‘at the buzzer’

Philadelphia won the cracker against Brooklyn in the NBA on Wednesday. The Sixers took it with 123-117 and…
Read More 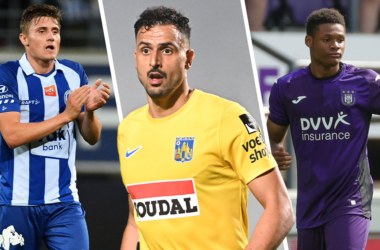 Assist king Mike Trésor not, Nacer Chadli and 16-year-old Julien Duranville did: this is what Roberto Martinez’s entire World Cup pre-selection looked like

The list of 54, not 55, names that Roberto Martinez submitted to FIFA in early November has been…
Read More