Belgian 3×3 basketball players start with stunt victory against Latvia, but then go down against host country Japan

The 3×3 Belgian Lions started their Olympic campaign on Saturday. Against top country Latvia was immediately supported thanks to a 21-20 victory, but against host country Japan the Lions were unable to continue their excellent start.

In their first Olympic match, the Belgian basketball players 3×3 Nick Celis, Rafaël Bogaerts, Thibaut Vervoort and Thierry Marien booked a 21-20 victory against top country Latvia on Saturday in Tokyo. The first ever match of the 3×3 Lions at an Olympics brought a great victory against Latvia. “Besides Serbia, this team is a favorite for first place,” said Thibaut Vervoort.

Thibaut Vervoort scored the winning “two-pointer” 55 seconds from the end so that the Belgians triumphed 20-21. “It was a tough clash with varying opportunities against this physically strong team. We lost a 4-7 bonus (8-7) but we reacted well: 15-16,” said Thierry Mariën. “It was indeed a thriller,” added Thibaut Vervoort. The score evolved to 20-19 and Latvia had a match point. Thibaut Vervoort, who had already been devastating with shots a few times, decided the match with a beautiful bomb: 20-21. “Winning against a top player is great, but first tonight (10:20 PM Japanese time) confirm against host country Japan,” said Nick Celis.

Russia and Serbia are the opponents on Sunday, China and the Netherlands on Monday and Poland on Tuesday. The top two of the round robin with eight qualify directly for the semi-finals. The numbers three to six play the quarterfinals.

In their second game at the Tokyo Games, the Belgian 3×3 players suffered an 18-16 defeat against host country Japan on Saturday. Earlier in the day, Nick Celis, Rafaël Bogaerts, Thibaut Vervoort and Thierry Marien had started with a 21-20 win against Latvia.

On Sunday, the Belgians will take on Russia and Serbia, China and the Netherlands will be the opponents on Monday, and Poland will be matched on Tuesday. The top two of the round robin with eight qualify directly for the semi-finals. The numbers three to six will play the quarterfinals. 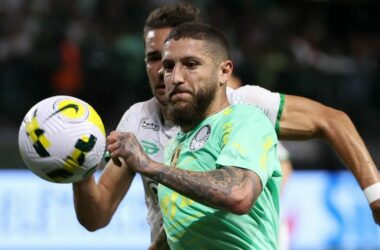 Live football: Palmeiras vs Coritiba, learn how to watch the game

The start of all the madness: exactly two years ago Erling Haaland scored a hat-trick in Champions League debut against Genk

Day after day two years ago, the world was introduced to Erling Braut Haaland. The then 19-year-old Norwegian…
Read More