Maryna Zanevska stranded in semifinals WTA tournament Lausanne: “Disappointed because I was not physically top”

Maryna Zanevska (WTA 193) failed to qualify for the final of the WTA tournament in Lausanne, Switzerland on Saturday (gravel/235,238).

In the semifinals, Zanevska lost in two sets to Slovenian first seed Tamara Zidansek (WTA 50): 7-5 and 6-3 after 1 hour and 35 minutes. The 27-year-old Zanevska joined the last four for the first time at a WTA tournament. Earlier this year, 23-year-old Zidansek reached the semifinals at Roland Garros.

Burel is in the final of a WTA tournament for the first time. Zidansek is aiming for a first trophy in her third WTA final. Earlier this year she lost the final battle against home player Maria Osorio in the Colombian capital Bogota.

“Unable to play the best tennis”

“Maybe I’ll be proud of my performance in a few hours, but that’s not the case now,” Zanevska said afterwards. “I’m disappointed because I wasn’t top physically, no doubt due to the succession of races. This morning I had to call the physiotherapist, because when I got up, I could barely turn my neck.”

“I’m not looking for excuses: Zidansek is an excellent player and she deserved the win. But I do regret that I was physically unable to play my best tennis. The head wanted to, but the body wouldn’t.”

REACTIONS. Genk players are already looking ahead, Brandon Mechele attaches great importance to the Supercup won: “A prize is a prize”

Apologies not enough in American sex scandal: ‘Riley is a predator’ 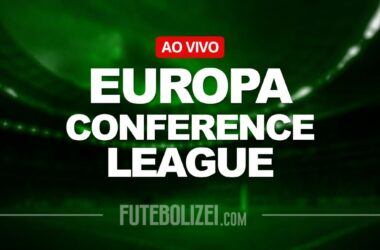 Slovácko vs Nice: where to watch live, online or on TV, lineups and predictions

PUBLICITY Learn how to watch Slovakia x Nice live, online or on TV, for the 3rd round of…
Read More

PUBLICITY See how to watch RB Bragantino vs Inter live on TV and on the internet. the jogo…
Read More