This Wednesday (14), the rubro-negro will enter the field in the first leg for the round of 16 of the Copa Libertadores. The match against Defensa y Justicia will take place at 9:30 pm (Brasilia time), at Estádio Norberto Tomaghello. The clash will be broadcast on Fox Sports.

After a weekend of several news, Flamengo has prepared in recent days to beat the Argentine club in this first knockout commitment of the continental competition. This will be the team’s first confrontation under the command of Renato Gaúcho, which was announced and officially presented by Flamengo a few days ago.

With the mission of putting Fla at an advantage for the return game, which will be played at home, the new commander will not be able to count on all the players in the rosé squad. In this way, Mais Querido will visit Argentina with four major embezzlements.

From the starting casualties, Bruno Henrique, Diego Ribas and Rodrigo Caio suffered injuries and are under the care of the club’s medical department. Fourth on the list is Willian Arão, who will be suspended. Besides them, César is also in the DM and will not be able to be present in the duel.

In contrast, the group has Gabigol back. Jersey 9 was absent from Flamengo’s commitments for more than a month due to Copa América and, after the end of it, was suspended by the Gávea team in the game last Sunday (11) against Chapecoense.

Having made the considerations, it is expected that Renato Gaúcho does not make any sudden changes in the team, either in the lineup or in the tactical scheme, for this commitment. Therefore, the lineup should remain similar to the starting lineup of Fla under Ceni’s command.

Jean Salumu is ready for “champagne basket” in France 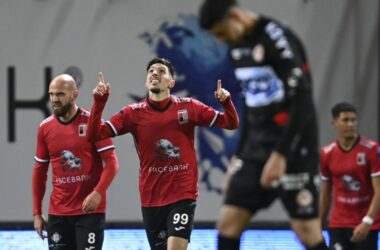 Despite a lead in the second half, RWDM has not been able to qualify for the eighth final…
Read More

Arteta will not be able to lead his team from the bench against Man City. — ©  REUTERS…
Read More

Lesley Pattinama Kerkhove has survived the 1st qualifying round of the US Open. The 30-year-old Dutch, number 196…
Read More