Dafne Schippers has won her 6th national title in the 100 meters. The 29-year-old athlete from Utrecht won the final at the National Championships in Breda in a time of 11.20.

In Breda, Schippers ran reasonably relaxed 11.29 in the series. Samuel recorded the same time. In the final, the Utrecht girl showed her class again. In the pouring rain she made the difference in the last meters.

Philadelphia wins squatter against Brooklyn, Doncic gives Dallas the victory with spectacular shot ‘at the buzzer’

Philadelphia won the cracker against Brooklyn in the NBA on Wednesday. The Sixers took it with 123-117 and…
Read More

Cercle Brugge is now also undergoing complete metamorphosis next to the field with a new, striking logo

The marriage between Cercle and AS Monaco has lasted for five years. The 2017 marriage of convenience is…
Read More 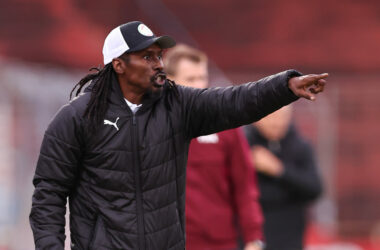 Even before the World Cup, the football association of Senegal has extended the contract of national coach Aliou…
Read More