Despite Flamengo’s defeat by Red Bull Bragantino by 3-2, last Saturday, for the Campeonato Brasileiro, the good game of forward Rodrigo Muniz drew attention. At Maracanã, the 20-year-old forward scored two goals and one of them on a bicycle against the São Paulo team. During the program ‘Os Donos da Bola Rio’, commentators Ronaldo Castro and René Simões praised the Fla player.

“He is not scared of the defender. If he has to slap in front of the defender and hit the goal, he does. And besides, Muniz nods very well. If Flamengo doesn’t sell, he’ll be heading this team in a very short time. If a good proposal arrives when the transfer window in Europe opens, he will leave”, commented journalist Ronaldo Castro.

“He’s very good, but there’s a difference, technically the ball in his foot doesn’t have the same quality as Pedro and Gabigol. It’s not that touch player, quick table. He is another submission player. When the ball arrives, he sends it to the goal. He is the improved German Cano. But it still doesn’t compare to the other two”, said former coach René Simões.

In recent weeks, Rodrigo Muniz has taken advantage of Pedro and Gabigol’s absences and got the job done. In the last four matches in which he started, the striker scored four goals. So far this season, the center forward has nine goals in 19 matches. Gabriel Barbosa defends the Brazilian team at Copa América, while Pedro was left out of the last games because of the Olympic team and for having contracted covid-19.

Chosen Crack of the Game, Dudu praises fans and Abel Ferreira, ‘Must also help in marking’

PUBLICITY Dudu played another exemplary match for Palmeiras, the striker participated very well in the match and helped…
Read More Israel vs Zambia: where to watch live and guess 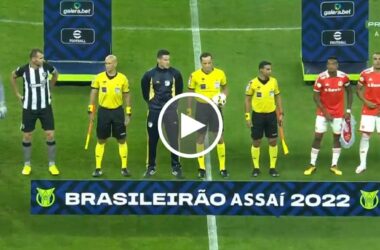 Live football: Botafogo x Internacional, for the Brasileirão Sérei A

Johnny will be the protector of the defense. De Pena and Edenilson will share with Alan Patrick the…
Read More