One of the main players in Brazil, Arrascaeta is looking to repeat his success in the Uruguayan national team. Summoned for the Copa America, the Flamengo midfielder will be even more in evidence for the eyes of the outside world, something that could increase the rumors of a possible negotiation. Thus, the midfielder was included by the newspaper “La Gazetta dello Sport” among the athletes who are in the South American competition and with chances to defend big clubs in Europe.

At the age of 27, Arrascaeta has a relationship with Flamengo until the end of 2023. Although he also shone for Cruzeiro, his name, so far, has not been the target of any onslaught from the Old Continent. Even so, the daily believes that the red-black shirt 14 can still stand out on European soil, even with difficulties in performing well at Celeste.

— In the case of Arrascaeta, the moment of his jump is more than mature. Both in age (27 years old) and in acquired experience (six years in Brazil, with 12 titles won between Cruzeiro and Flamengo). Quick in his thinking and on his feet, dynamic and expert on the last pass, Arrascaeta can play with ease in both central and wing midfield, but with Tabárez he has yet to find a fixed position and the continuity he deserves. In the Copa America, there is a risk of seeing him adapted in a position that is not the right one,

In addition, the newspaper assessed Arrascaeta’s current market value. As this is a highly valued player, Flamengo’s board requires a high amount to release one of the main players on the team. 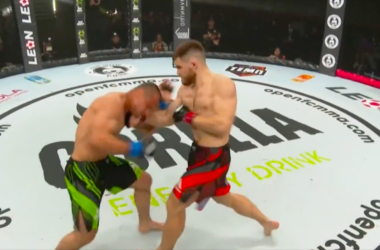 It doesn’t get any better for MMA fighter Daniil Prikaza. The brawler booked a nice victory over the…
Read More

LIVE: Palmeiras vs Athletico-PR, for the Brasileirão Serie A