The Serb Milos Bojovic (39) will join Limburg United next season. The club from the EuroMillions Basket League announced this on Wednesday.

“I am very happy to join a team with high goals that also has the opportunity to achieve great results,” said Bojovic. “I get the chance to be a piece of that puzzle. The BNXT League will be a challenge, but I believe in the opportunities of Limburg United.”

Bojovic leaves Liège after four seasons. In it, the guard took the title of top scorer of the championship twice.

21-year-old Portuguese Rafael Lisboa has signed a three-year contract with Spirou Charleroi on Wednesday. The club from the EuroMillions Basket League has announced this.

The international received his training at Benfica Lisbon. “With the arrival of Lisboa, we have our intended point guard,” it sounds on the club’s website.

Sander Gillé and Joran Vliegen with confidence after first round victory at Roland Garros: “Couldn’t have wished for a better start” 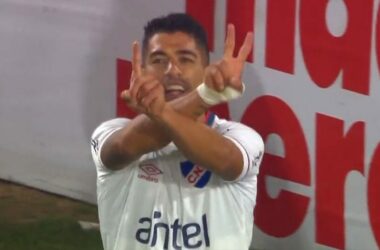 Speculated at Internacional, Luis Suárez’s manager talks about the matter

See how to watch São Paulo vs Juventude live: lineups, refereeing and schedule