A man with a great football name returns to FC Barcelona: Emerson Royal. His return is not necessarily special, but it is how he ended up at Barcelona in the first place. Emerson is the 3rd acquisition of the Catalans after Sergio Aguero and Eric Garcia.

Emerson signed with Barcelona in the winter of 2019. The club took him over for 12 million euros from the Brazilian Atlético Mineiro. It was a kind of combination deal: Real Betis took Emerson a day later for 6 million euros from Barça. In reality, the 2 Spanish clubs had attracted him together.

Betis was allowed to use him for 2 years, after which Barcelona would have the opportunity to take him back for 6 million euros. The club has now made use of that option.

Wie is Emerson?
Emerson is a 22-year-old right-back who played once for the Brazilian national team. For the past 2 seasons he has been an undisputed starting player at Real Betis.

Copa do Brasil 2021 LIVE: See how to watch it on TV and Online

Kevin De Bruyne nominated for England Player of the Year, but the competition is fierce

Boca Juniors vs Corinthians: where to watch, game time and lineups 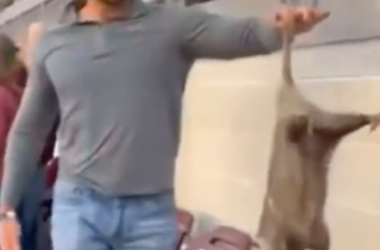 | Bah! Man removes a giant possum hidden in the stands with his bare hands

Where to watch Corinthians vs Atlético-GO: predictions and betting tips

PUBLICITY Because they play at home, with the support of their fans, Corinthians are favorites in the duel…
Read More