Renato says ‘No’ to Corinthians and talks about training Flamengo; watch

Renato Gaúcho turned down a proposal to be the coach of Corinthians, the coach said he wants to spend more time with his family, and that is why he would not take over the club from São Paulo.

– It was more or less the conversation I had with the president of Santos. I left Grêmio because I had been away from my family for a long time, it was more than five years there in the South, pandemic, it was barely possible to come on the air bridge. Now I was interested in Corinthians, it was basically the same conversation I had with the president. I thank the affection of the two clubs, the two fans treated me very well. It’s not that I didn’t want to work, but for those who spent practically five years alone on an airlift, away from family.

– I thought it better now to enjoy my family, the beach that I like, the draft beer that I like to drink, my friends, doing the things I always liked to do. I’ve been working for almost five years straight, it’s even good for you to rest your head a little. You can be sure that I will miss you and soon I will be back.

+ HAVE TO RESPECT! Flamengo and BRB surpass 650 thousand open accounts

Renato Portaluppi talked about the preference of working in Rio de Janeiro, so that he could be closer to the family, however, the coach did not rule out the possibility of taking on a club outside Rio.

– At the moment I want to enjoy my family. It is logical that, if one day I have to go back to work in Rio de Janeiro, it would be better in terms of being close to my family, I have lived here for over 30 years, I have my business, my families, what I have is in Rio de Janeiro. It would be to combine the useful with the pleasant. But I am a professional and, in a little while, when I get tired, if proposals appear, I will study them all with affection. When I get tired and miss you, I’ll be back soon.

PUBLICITY GOAL FROM FLUMINENSE! After a corner kick from the left side, Manoel gets the header. Cano takes…
Read More 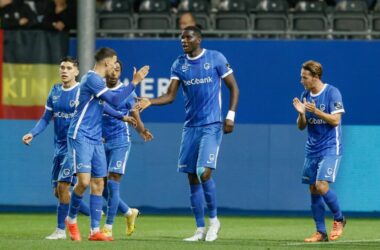 It was sink or swim, but Racing Genk kept their heads above water. Despite a whole half with…
Read More With a message from Abel Ferreira, Palmeiras starts work for 2023; see the video

Photo: reproduction Abel Ferreira, coach of Palmeiras, sends a message to players at the beginning of the pre-season.…
Read More