Max Verstappen goes to qualifying for the Monaco Grand Prix (start 3 p.m.) with a good feeling. The Dutchman was the fastest in free practice 3, just ahead of Carlos Sainz and Charles Leclerc. Mick Schumacher made sure that training was stopped early, he hit the wall just before the end.

Ferrari has been fast in Monaco all week, they were even the fastest during VT2. Max now finished 1st after P3 (VT1) and P4 (VT2). That promises something for qualifying.

The session was ‘disrupted’ twice in the final phase. First Nicholas Latifi parked his Williams car against the wall, after which the red flag waved, and moments later things went wrong for Schumacher. With more than 2 minutes left on the clock, the German made a mistake and flew against the guardrail. Another red flag and end of free practice 3.

In the incident, Schumachers Haas was seriously damaged and the question is whether the mechanics made his car in time for qualifying.

Renato says ‘No’ to Corinthians and talks about training Flamengo; watch

Lionel Messi seems to be turning things around at FC Barcelona: “Copa del Rey win was a turning point”

Flamengo has lived a great moment since the arrival of Renato Gaúcho. The team won the 4 games…
Read More

Ajax vs Napoli live: where to watch, lineup and predictions

Ajax vs Napoli: where to watch live and online, lineup, history and predictions PUBLICITY Learn how to watch…
Read More 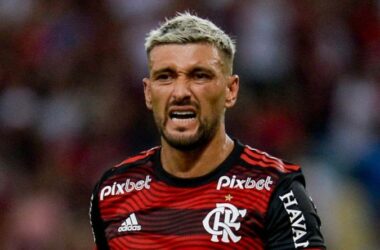