Flamengo confirmed one more sponsor for the 2021 season. After closing with Mercado Livre for their backs, Rubro-Negro also agreed with Havan. The brand will be stamped on the sleeves of the uniform, a space that had been occupied with “Nação”, a partner-supporter program, and FlaTV. The bond between the parties runs until December this year.

“Havan, due to its network of almost 160 stores throughout Brazil and its great commercial competence, will be another important partner. We are very happy to have closed this agreement. It is another successful company that joins Flamengo. Now we are going to wait for the approval of the contract by the club’s advisors so that we can start the work ”, said Gustavo Oliveira, Flamengo’s vice president of Communication and Marketing, in an interview with the official website.

The amount paid by Havan will initially be R $ 6.5 million, however this amount can reach up to R $ 8 million depending on previously agreed clauses in the contract. The announcement was made in the early afternoon of Monday with an interaction on the official Twitter of the club and the company.

+ 3 companies negotiate with Flamengo for sponsorship for shorts

Havan, owned by Luciano Hang, also sponsors Vasco, rival of Rubro-Negro. At the São Januário club, the company’s brand is stamped on the shoulders of the shirt.

With the new sponsorship, Flamengo’s uniform is even more valuable and can be worth up to R $ 120 million if the club reaches Havan’s variables. In addition, it is worth noting that there are negotiations with brands to stamp the shorts, which may further increase this value.

+ See how much Havan will pay for sponsorship to Flamengo

See the amounts paid by each sponsor who prints his brand on the Flamengo uniform in 2021:

TV guide: this is where you turn in for the Premier League of Darts evening in Rotterdam

The Premier League of Darts comes to Ahoy in Rotterdam on Thursday evening! Finally the fans can join…
Read More

Paris Saint-Germain gave away the lead Kylian Mbappe worked so hard for against Strasbourg in injury time. Mbappé…
Read More 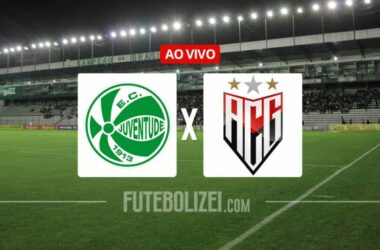 See where to watch Juventude vs Atlético/GO live with images, lineups and predictions