Kyara Linskens signed a contract with the Russian Nadezhda Orenburg. The 24-year-old and 1m93 tall Belgian Cat started the season with the Italian Campobasso. However, she sustained a knee injury early in the season that prevented her from playing in the past campaign.

After an operation and a long rehabilitation, she is ready for her comeback. Currently, Linskens has already resumed the preparation for the European Championship with the Belgian Cats (17 to 27 June Strasbourg / France and Valencia / Spain) and the Olympic Games (23 July-8 August Tokyo / Japan). Linskens was active in Belgium at SKW, Castors Braine and Namur Capitale. Abroad she was successful with the Polish Gorzow and the Russian Krasnoyarsk. Besides Emma Meesseman (Ekaterinburg) she is again the second Belgian Cats in the Russian PBL.

Gabigol plays with Ceni after being replaced against Volta Redonda 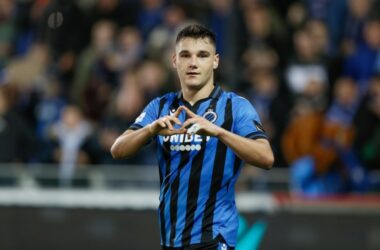 A warm-up towards Atlético Madrid: Club Brugge had little trouble on Saturday evening with KV Mechelen (3-0), which…
Read More

Shirin van Anrooij (20), from cyclo-cross rider to diamond on the road: ‘I really surprised myself there’

At the end of January, Shirin van Anrooij came in 2nd at the Cyclo-cross World Championships for promises…
Read More Esteli vs Matagalpa FC: where to watch live, lineup and predictions