Bulgarian Ludogorets makes history with the tenth title in a row

Ludogorets has won the league title in Bulgaria for the tenth consecutive time. The club from Razgrad is currently the leader in Europe in terms of number of championships in a row.

On Tuesday Ludogorets won 3-1 against Beroe Stara Zagora. Four games before the end, it has a lead of 14 points over CSKA Sofia and 15 over Lokomotiv Plovdiv.

In the past, two clubs once won fourteen titles in a row in Europe. Lincoln Red Imps from Gibraltar did so between 2003 and 2016 and Skonto Riga from Latvia between 1991 and 2004.

PSG often wins if Mbappé does not start under Pochettino

Elise Mertens is bursting with confidence after stunt against gravity specialist Simona Halep: “I am closer to the top ten than ever”

To get the brand new BNXT League season off to a good start, a first classic is on…
Read More Cyprus vs Bulgaria: where to watch live, line-up and predictions 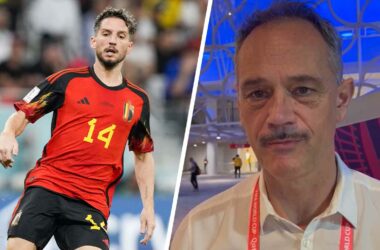 They are also counting down the minutes in Doha. Our chief of football Ludo Vandewalle sheds light on…
Read More