Léo Pereira is one of the players hired in 2020, which is most charged by the fans. The defender never fell in favor of the Nation or of the Directorate of Flamengo, the proof of this is that the red-black sought another player for position in 2021.

To further worsen the situation of the player with the fans, this Thursday (April 29), leaked a video of Léo Pereira at a funk dance in Rio de Janeiro. In it, the defender appears without a mask and among many people.

The event took place in Taquara, Rio de Janeiro. The fans were outraged on social media, criticizing the player’s behavior.

He is not the first athlete from Mais Querido to get involved in this type of situation. Gabigol, Hugo Souza and Matheuzinho were also athletes who corrupted the health protocol in the midst of the pandemic.

+ Flamengo closes yet another partnership, now with Veloe; understand the negotiation

Defender Léo Pereira did not attend training on Thursday (April 29), at Ninho do Urubu, nor did he communicate the reason for the foul.

Is it really Léo Pereira? What do you think ? pic.twitter.com/9Cm6QBJp5c

We and our partners store or access device information, such as cookies, and process personal data, such as unique identifiers and standard information sent by devices, for the purposes described below. You can click to consent to processing by us and our partners for such purposes. Alternatively, you can click to refuse consent, or access more detailed information and change your preferences before giving consent. Your preferences will only apply to this website.

Just like David Goffin, Roger Federer is also absent for the Olympics: the Swiss drops out with knee pain

After Denis Shapovalov, David Goffin, Rafael Nadal and Nick Kyrgios previously announced that they will not participate in…
Read More

Schalke also does not get the 5th trainer of the season to play football, not even against fellow relegation candidate

Schalke 04 has failed to close the gap with competitor Mainz. The basement cracker in the Bundesliga between…
Read More 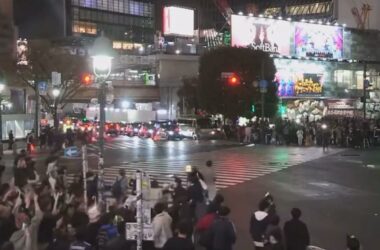