Flamenguista provoke Sormani after another beautiful game of Arrascaeta

Arrascaeta had another good performance by Flamengo. The Uruguayan was once again very important for the red-black in the victory by 4 to 1 against Unión La Calera, for the Copa Libertadores.

In addition to scoring Mengão’s second goal, Arrascaeta gave a beautiful assist to Fla’s first goal, which was scored by Gabigol.

Flamenguistas used the twitter to play with Fábio Sormani, channel commentator Disney (ESPN and Fox Sports). The journalist is a critic of Flamengo’s jersey number 14. According to him “Arrascaeta is not the player that Flamengo fans think he is”.

+ Grupo City will pay millionaire amount to Flamengo for base jewel

If it’s hard for you, imagine for Sormani having to comment on another Arrascaeta show tomorrow

AND HE MASKS THE FUCKING EVERYWHERE!

17-year-old Leuvenaar Ferre Reggers moves to Maaseik: “A bit of a step into the unknown”

Fabio Silva saves Anderlecht from third defeat in a row

Anderlecht did not get any further than a 2-2 draw at home against OH Leuven. The Purple &…
Read More 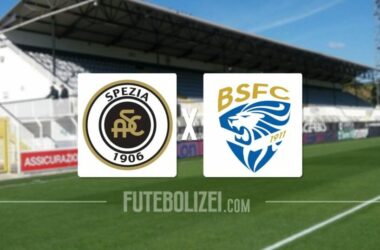 Spezia vs Brescia: where to watch live with images, lineups and predictions

What games will be on the Libertadores PPV? What is the number of the Conmebol TV channel in…
Read More