Club icon and captain Hendrik Tuerlinckx (33) will leave Roeselare at the end of this season. The main attacker played thirteen seasons with the West Flemish. He moves to the ambitious Haasrode Leuven, where it all started for him.

Haasrode Leuven is serious about its ambitions for next season. In addition to Hendrik Tuerlinckx, the Flemish Brabant club has also recruited his fellow Red Dragon Matthias Valkiers (Frankfurt) and U23 international Lennert Van Elsen (Ghent).

Tuerlinckx and Valkiers signed for three seasons, Van Elsen for two. The 33-year-old Tuerlinckx returns to Leuven after thirteen seasons Roeselare. With six national titles (seven?), Eight cup wins and five supercups in thirteen seasons on his record, Tuerlinckx is one of the most successful players ever. He played 99 European games in those thirteen seasons and was voted Player of the Year four times (2013, 2014, 2017, 2018). A personal award that may again be possible this season.

“I’ve had a few sleepless nights over the past few nights. It was a very difficult choice for me ”, Tuerlinckx said in a video message on the Roeselare website. “I will leave the club at the end of the season. I have found a new challenge. More will follow later on. It’s a beautiful thing, but that doesn’t make it any less painful to leave here after thirteen years. It’s time to turn the paper and pass the torch. ”

Later in the evening the news came that Tuerlinckx had signed at Leuven. “I started my career at VC Heverlee, which became part of Haasrode Leuven, so this really feels like coming home,” Tuerlinckx says in a press release from his new employer. “I don’t come at all to muddle through or to bubble out. Anyone who knows me knows that. I am here to put Leuven on the map and I will do so with passion, commitment and motivation. It is certainly a challenge, but I have every confidence in the club. The basis is correct and everything is very professional. We must not skip any steps, but we must cherish the healthy motivation to let the club lean towards the absolute top of the country. ”

This season, Haasrode-Leuven already played the Final 4 for the title. It did not score a point after five of six match days. Coach Kris Eyckmans is happy with the new names. “With Tuerlinckx and Valkiers we get the experience that suits the development of our project. We have some young guys with potential, who can grow further under the wing of players who have already proven a lot in their careers. ”

Roeselare thanked Tuerlinckx for the thirteen wonderful years. “All this time Hendrik remained loyal to the club of his heart. This despite numerous attractive and lucrative offers from Italy, Poland, France and Germany, but also from Japan and Argentina. But his bond with the other ‘golden boys’, with the supporters, with the club board and the many volunteers was very strong. And as captain (from 2011-2012) Hendrik always felt very responsible for the team. This loyalty graced Hendrik as a player and as a person. “ 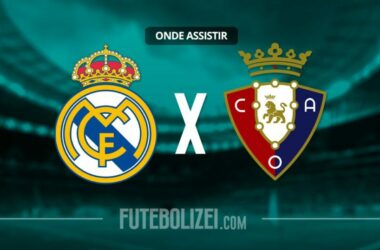 Real Madrid vs Osasuna live: where to watch, lineup and predictions

La Liga: where to watch live and online, lineup, history and predictions PUBLICITY Learn how to watch Real…
Read More 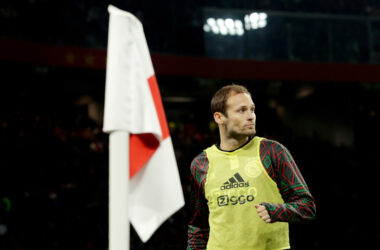 ‘Blind contract broken due to special agreement with Ajax’