Woelwater Benoît Paire kicks around wildly after a blow to 17-year-old: “Tennis has become sad, boring and ridiculous”

No third round for Benoît Paire (ATP 31) at the Chile Open in Santiago. The French woelwater, the second seed, surprisingly went down against the 17-year-old Dane Holger Rune. The number 401 in the world won convincingly with 6-2 and 6-3.

READ ALSO. Tennis player Benoît Paire lives up to his reputation: spitting after a fight, giving away the match in a bizarre way and then … partying

In his own words, Paire is quite depressed by the whole corona pandemic and its consequences for tennis. Read: matches without or with hardly any audience.

During the game against Rune, he called out the following to his team in the stands. “I’m not having a good time. I just want to run away. I know, this is life but I really don’t care anymore. Can’t you see that I don’t want to be here anymore? I’m going home after the game. I can’t do it anymore and you don’t actually understand it. ”

Afterwards, he also let his emotions run wild on his social media. After congratulating 17-year-old Rune on the victory, Paire kicked wildly towards the ATP.

“I want to speak here from the tennis world that has become sad, boring and ridiculous,” said the French. “I know what you are going to say: that I don’t realize how lucky I am and blah blah blah. But I don’t play tennis in closed arenas without atmosphere. Or to be stuck in a hotel or tennis club where you run the risk of getting a fine or suspension if you step foot outside. And where is the pleasure of traveling? Tennis has become a tasteless profession. So I need some time to adjust to this pseudo ATP circuit, but I’m doing my best to find the joy in tennis again. ”

Paire is now going to work at the tournaments of Acapulco and Miami. “My goal there is to smile again on the field. And to like to hit a ball again. Whether I win or lose, that really does not interest me. ”

“In terms of unpopularity, Waasland-Beveren actually rivals Mouscron, which has been structurally denounced for years” 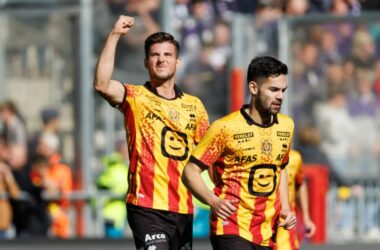 Who would have thought it had to come from Mario Stroeykens? With two goals, the eighteen-year-old substitute Anderlecht…
Read More

TV guide: here you can watch the final of the Women’s Champions League between FC Barcelona and Olympique Lyon

It’s May and that also means it’s the month when the finals of the European tournaments are played.…
Read More