Reigning Olympic beach volleyball champion Bruno Schmidt has been released from hospital after thirteen days. The Brazilian was admitted with a corona infection.

After his infection, 34-year-old Schmidt developed lung problems and spent five days on intensive care. Already in hospital he started therapy to restore his breathing capacities.

The Brazilian will now continue to recover at his home in Vila Velha. This summer he wants to defend his Olympic title in Tokyo alongside Evandro Gonçalves, a former world champion. Schmidt won gold at the Rio Games with Alison Cerutti.

“We are confident that Bruno will recover quickly and his return to training will not take long,” said coach Ednilson Costa. “Of course he will be succeeded by the doctors of the Brazilian Volley Federation and the Brazilian Olympic Committee. He will undergo all necessary examinations and tests in order to make a safe comeback. The whole team is full of confidence. ”

Ai! De Ligt drops out injured at Juventus during warming-up

PUBLICITY Goiás x Internacional for the 12th round of the Campeonato Brasileiro Série A 2022. Lineups, schedule, arbitration…
Read More 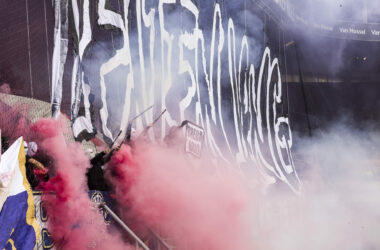 WTA Finals: where to watch the semi-final live and online